What is a Recession?

Even with adequate preparation, a recession can be a frightening experience. If there is a silver lining to recessions, it is that they are not permanent. Even the Great Depression ended, and its conclusion was followed by arguably the greatest economic expansion in U.S. history. Continue reading to have a deeper understanding of "What Is a Recession?" 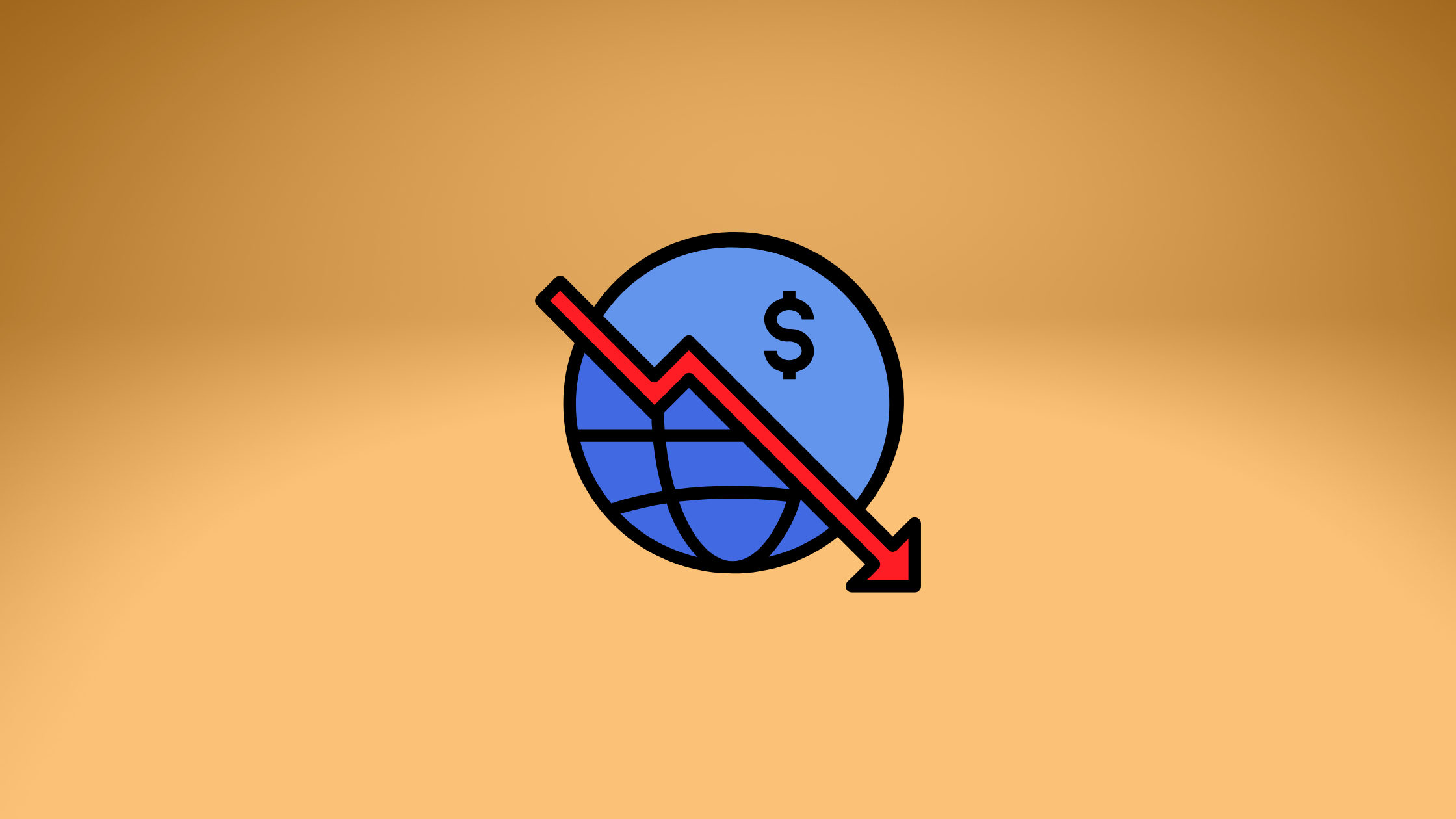 What is a Recession?

A recession is a prolonged drop in economic activity. When a nation's economy faces negative gross domestic product (GDP), growing unemployment, declining retail sales, decreasing indicators of income and manufacturing over an extended period of time, experts declare a recession.

The National Bureau of Economic Research (NBER) defines a recession as a major decrease that lasts for more than a few months and impacts the economy as a whole, not just one sector. In other words, virtually every industry will be affected.

Recessions are sometimes defined as the interval between the peak of economic activity and its lowest. Typically, they are relatively brief. Since the end of World War II, a recession has lasted an average of ten months. However, the NBER does not typically label an economic drop a recession until six to eighteen months after its onset. That means consumers may feel the effects of it before it's officially in place.

Why Do Recessions Occur?

There are many things that can set off a recession, like a sudden shock to the economy or the effects of inflation that gets out of hand.

Some of the most common reasons:

1.  A sudden change in the economy: A problem that comes out of nowhere and does a lot of damage to the economy. A more recent example is the spread of the coronavirus, which shut down economies all over the world.

2. Too much debt: When people or businesses take on too much debt, the cost of paying it back might become too great. As more people stop paying bills and declare bankruptcy, the economy crashes. For example, the housing bubble in the mid-2000s led to the Great Recession due to too much debt.

3. Asset bubbles: When people invest based on how they feel, bad things happen in the economy. Stock market or real estate bubbles are caused by irrational optimism. When the bubbles pop, panic selling can crash the market and cause a recession.

4. Too much inflation: When prices keep rising, this is called inflation. Inflation isn't terrible, but too much of it is. Central banks slow the economy to control inflation by hiking interest rates. In the 1970s, the U.S. saw rampant inflation. The Feds immediately hiked interest rates to break the cycle, causing a recession.

5. Too much deflation: Out-of-control inflation can trigger a recession, but deflation is worse. Deflation is a price decline. Wages fall, which lowers prices. Deflationary feedback loops cause people and businesses to stop spending, hurting the economy.

6. Changes in technology: New inventions increase productivity and help the economy in the long run, but they can take some time to get used to in the short term. In the 19th century, there were many changes to technology that made work easier. Whole jobs were made useless by the Industrial Revolution, which led to recessions and hard times.

The Business Cycle and Recessions

The business cycle shows how an economy has periods when it grows and periods when it gets worse. When an economic expansion begins, the economy grows in a way that is healthy and sustainable over time. Lenders make it easier and less expensive for people and businesses to borrow money over time, which makes it easier for them to take on more debt.

As the expansion of the economy continues, the value of assets goes up faster and the amount of debt goes up. One of these things stops the economy from growing at a certain point in the cycle. The shock bursts asset bubbles, crashes the stock market, and makes it too expensive to keep up with large debt loads. Because of this, the economy slows down and goes into a recession.

Can You See a Recession Coming?

Since economic forecasting is hard, it is not easy to know when the next recession will happen. For example, COVID-19 seemed to come out of nowhere in the beginning of 2020. Within a few months, the U.S. economy was almost completely shut down, and millions of people lost their jobs.

Still, there are signs that trouble is on the way. You'll have more time to figure out how to prepare for a recession if you pay attention to the following:

1. An inverted yield curve: This is a graph that shows the market value or yield of U.S. government bonds, from short-term to long-term. In a healthy economy, bond rates should be higher. Long-term yields below short-term yields indicate recession fears. "Yield curve inversion" has historically signaled recessions.

2. Decline in consumer confidence: Consumption drives the U.S. economy. Consumer confidence falling could signal a worsening economy. When this drops, consumers don't want to spend money. If they fear spending, the economy slows.

3. Drop in the Leading Economic Index (LEI): The Conference Board's LEI predicts future economic changes monthly. It looks at things like unemployment insurance, factory orders, and the stock market. If LEI falls, the economy could suffer.

How Long Do Recessions Last?

- The Covid-19 Recession. The most recent recession started in February 2020 and ended in April 2020. It was the shortest recession in U.S. history.

- The Dot Com Recession (March 2001 to November 2001). At the turn of the century, the U.S. had a lot of big economic problems, including the fallout from the tech bubble crash and accounting scandals at companies like Enron. The 9/11 terrorist attacks were the last straw. All of these problems led to a short recession, but the economy quickly recovered.

- The Gulf War Recession (July 1990 to March 1991). At the beginning of the 1990s, the U.S. went through a short, eight-month recession. This was partly caused by the First Gulf War, when oil prices went up.

What Happens During a Recession:

What a Recession May Mean for You:

Even if a downturn in the economy hasn't been officially called a recession, it can still have effects on your daily life. Some of the most common ways people are affected are:

- The cost of living goes up. Groceries, gas, and clothes may cost more as inflation worsens a recession. When prices rise, it's harder to make ends meet, so people stick to strict budgets and spend less.

- Loss of a job or a cut in hours. When the economy is bad, companies often cut staff to save money. You could lose your job or have your hours cut.

- Having trouble finding a job. Workers have been in charge of the job market for a while now. As employers competed for a small pool of labor, they got better pay and bonuses. During a recession, competition for open employment will be tougher and it may take longer to find a new job.

Recessions happen often—every few years after the economy reaches its highest point. If you've never been through an economic change before, it can be scary, but you can get through most of them by planning, saving, and spending less.

6 Steps You Can Take Now to Prepare:

3. Bulk up your emergency fund

6. Speak with a financial advisor

Connect with one of our advisors here. 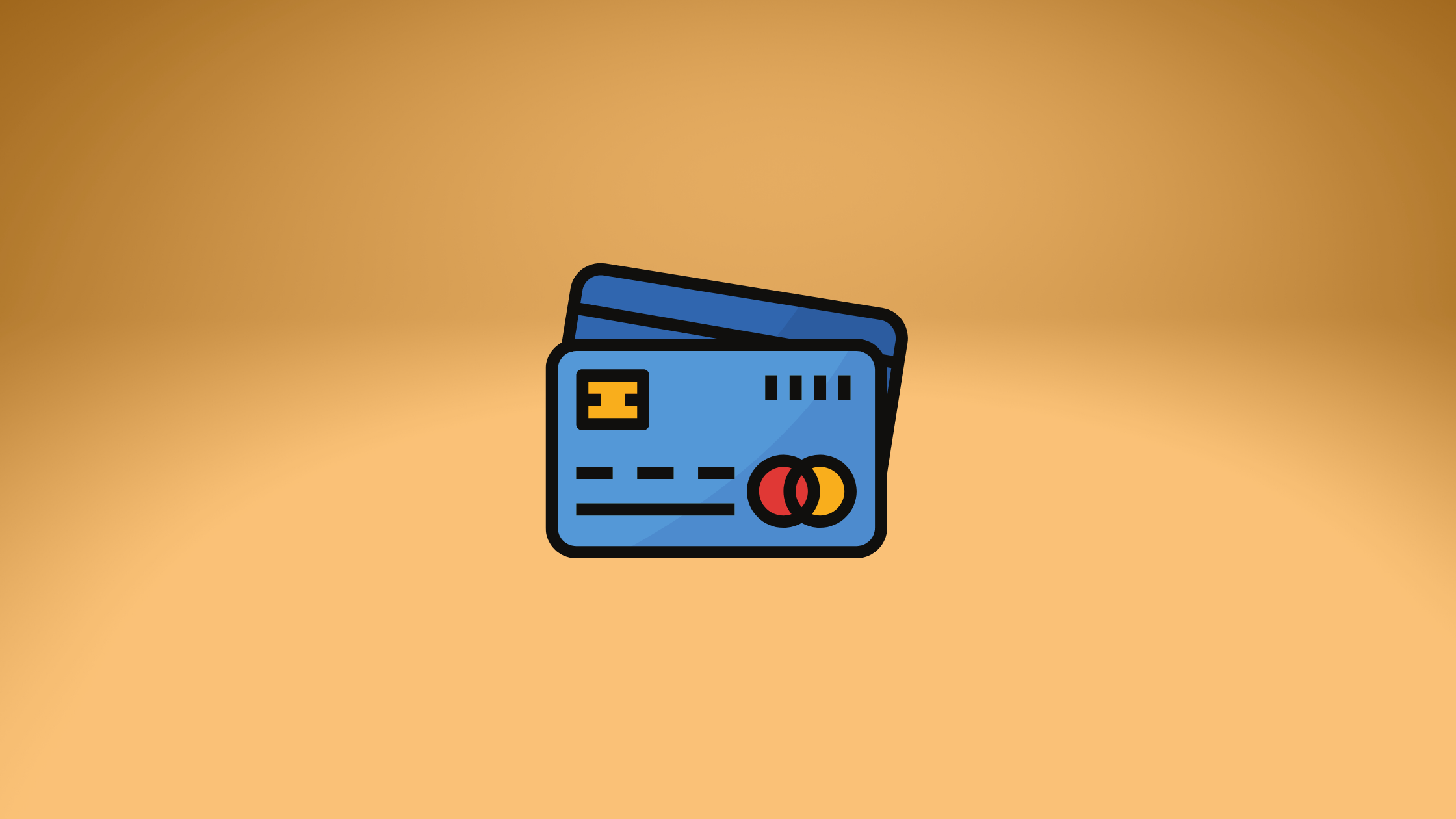 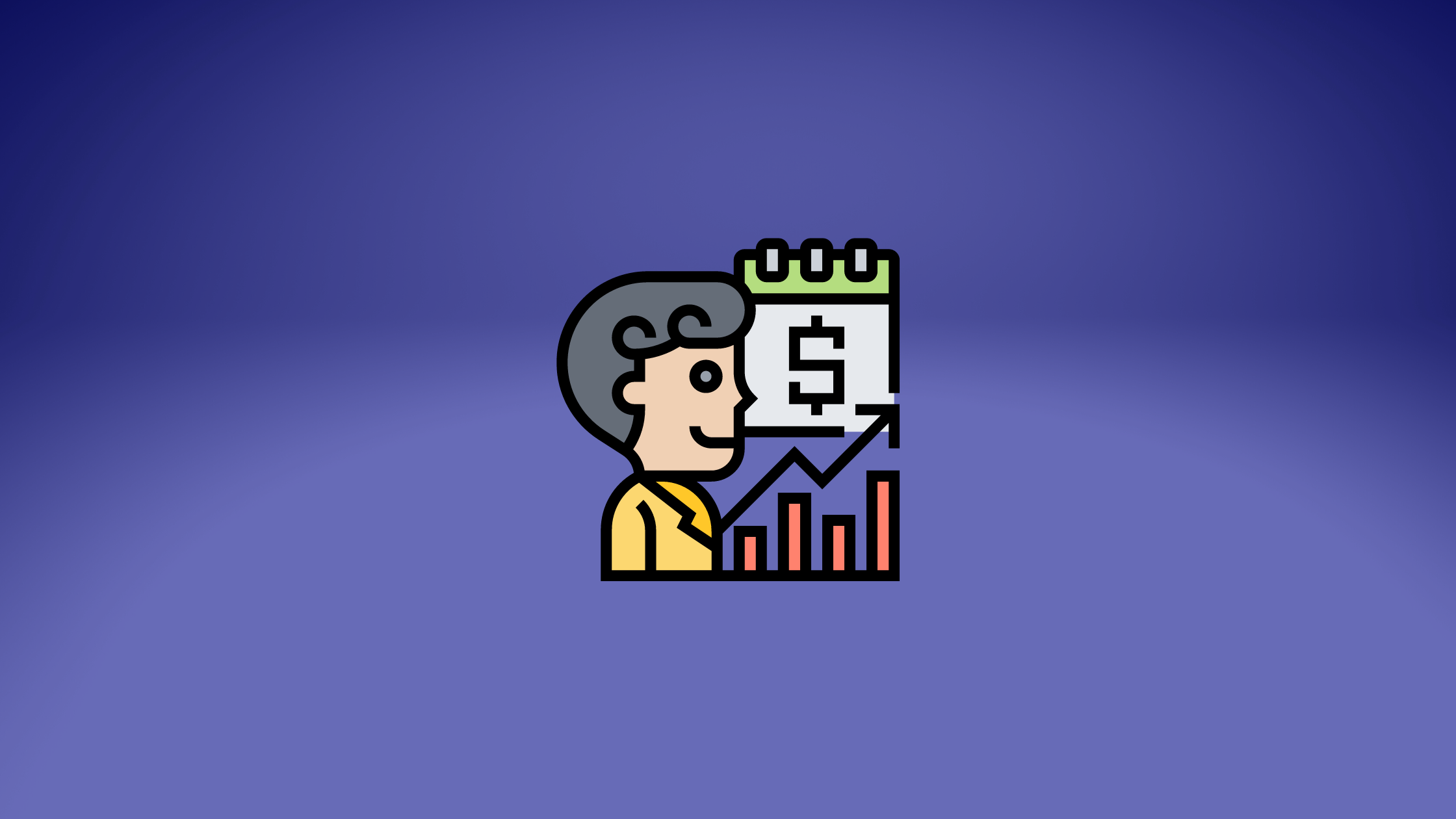 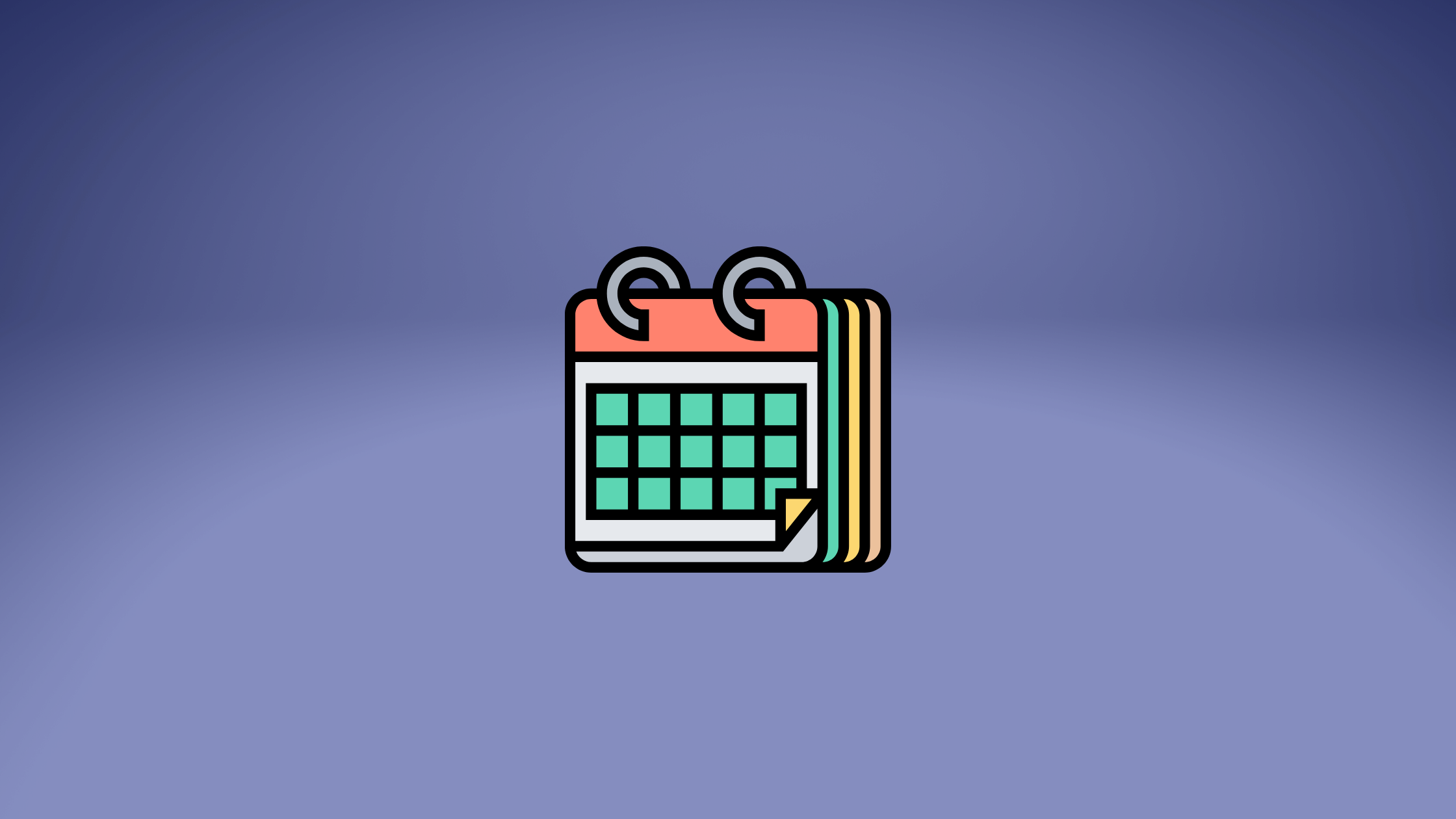