Beyond Modern Portfolio Theory: Not All Good Ideas Live Forever

Traditional investment portfolios such as Robo Advisors rely on modern portfolio theory, which no longer works. For the most part, the finance industry has been much like Kodak – blind to the changes around them. Robo-advisors have tried innovating with cool tech, easy onboarding, and sexy user interfaces, but the tech was built around aged ideology. Good technology right now is solving the wrong problem. It’s just building a better-looking package instead of looking at the real problem: how do you build a better way of managing risk in a portfolio? We believe there is a better way that research backs up. More in this article. 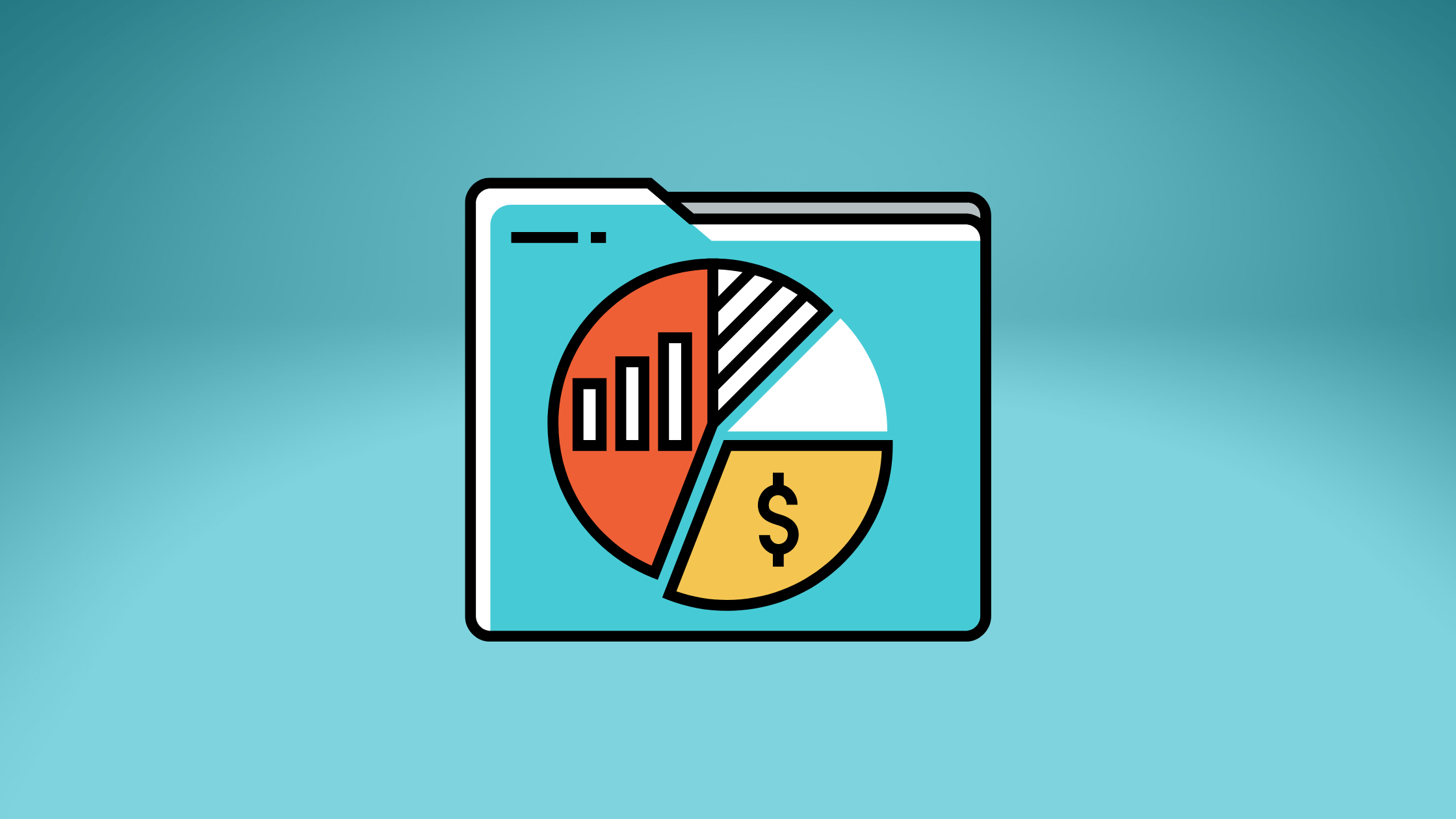 Beyond Modern Portfolio Theory: Not All Good Ideas Live Forever

Throughout history, there has been no shortage of once fantastic ideas and technologies toppled by newer, better ideas that are more adapted to the times. Some people see these new ideas and grab the bull by the horns, while others simply miss the mark and fall to the pages of history.

None embodies this more than Kodak. Eastman Kodak was founded in 1892, with the first Kodak camera getting sold in 1888. For reference, this is around the time the Statue of Liberty came to America, and the United States was only united with 38 states. Kodak dominated the camera and film industry for decades.

Kodak was so dominating that almost a hundred years later, in 1976, they still dominated the market with 90% of film sales and 85% of camera sales in the US. Very few companies have commanded that market domination. Their dominance made Kodak complacent.

It goes as no surprise that digital cameras gained market dominance, and with that Kodak crumbled to the point of bankruptcy.

In our opinion, this is happening in the investment management space. The market is dominated by outdated investment advice, and even new technologies such as Robo-Advisors are getting built on this wobbly foundation.

What is Modern Portfolio Theory?

Modern Portfolio Theory was an idea first published in 1952 by Harry Markowitz in a white paper called “Portfolio Selection.” The concept of the idea was how an investor could balance risk in the form of volatility with the expected return. The overarching concept being, you can take more risks to get more returns. You could also balance out the risk by using diversified assets classes, i.e., stocks and bonds. In theory, you could moderate your risk by having a balance of risky and less risky assets. You would push the lever one way or another to have less risk and lower returns or more returns with more risk.

Modern Portfolio Theory is a great concept, and It’s also very sellable for advisors and brokerages: “All you need to do to make more money is take more risk.” Also, “Not putting all your eggs in one basket by buying US and International stocks can minimize your risk because of the diversification.” Obviously, these are not direct quotes, but you get the idea.

Modern Portfolio Theory is a straightforward concept for clients to grasp, which makes it so sellable.

An added benefit for the advisor is that it also takes the liability off the financial institutions: “Mr. or Mrs. Client, I’m sorry your portfolio dropped 50% in 2008, but you told me you wanted to be aggressive. Just hold tight, the markets always rebound and we’ll just rebalance your portfolio”. Sound familiar? It’s an excellent way to put the risk back on your shoulders. You can see why it’s been pushed heavily by the financial industry.

Where is Modern Portfolio Theory Used?

Almost everywhere. Most of the big institutions such as Schwab, TD, Merrill Lynch…etc. all rely on Modern Portfolio Theory as a critical component of their models. Even Robo-Advisors such as Wealthfront and Betterment use it, but they just added sexy new technology on this old theory (more on this later).

The Death of Modern Portfolio Theory

Modern Portfolio Theory is a great concept in, well… theory, but it hasn’t always held up in real life. It is our opinion that it will continue to hold up less and less. Why, you ask?

A lot has changed since 1952, when Harry Markowitz drafted the theory. As you can imagine, the world wasn’t very globalized just seven years after world war 2. Today is much more globalized. We see situations where McDonald’s (one of the largest US companies) makes more money from abroad than in the US. Do you think they’re going to get tied to what happens internationally?Of course! When you have globalized companies, you’re going to start losing the benefits of diversification of asset classes because, in financial jargon, they’ll be more correlated (i.e., Start moving closer together).

The greater the fear, the greater the chance that correlations between different asset classes will begin to merge closer to 1. Over time, this makes the investment universe less and less protected against risk. – Source

These unintended consequences can alter the risk profile of asset classes that make up your portfolio.

Throughout the pandemic, one of the consequences of these experimental economics has been inflation in both the consumer price index (the way economists measure the cost of household expenditures) and in assets (think massive increase in housing costs and lumber). We pumped A LOT of US Dollars into the US economy, and as a result, we’ve seen inflation triggered by this boost of cash. One of the main ways that Modern Portfolio Theory mitigates risk is through what it deems a “less risky assets” such as bonds. Bond yields can get eaten up in inflationary environments. Your hope for a risk hedge is that interest rates go up and push up bond prices.

The rise of low-cost passive funds has led to a massive jump in indexing (following an index such as the S&P 500). Using an index fund is a great way to keep costs low and be efficient in your investing. However, when that trend becomes the standard, it means many unproductive companies are getting their stock price boosted solely by being a part of the index. These index funds have to buy the company to mirror the index, which artificially drives up the costs of those unproductive stocks. Analysts have strong beliefs that this may be a bubble, and those dying companies will eventually be an anchor bringing down the whole index ship. Analysts have expressed this belief for a while, but it has become exacerbated in recent months.

You Don’t Want To Build New Technology On Rocky Foundations

For the most part, the finance industry has been much like Kodak – blind to the changes around them.

Robo-advisors have tried to innovate with cool tech, easy onboarding, and sexy user interfaces, but the tech got built around the same aged ideology. Good technology right now is solving the wrong problem. It’s just building a better-looking package instead of looking at the real problem, which is how do you build a better way of managing risk in a portfolio.

We believe there is a better way that research backs up.

When most people think of risk, they view it as volatility (their portfolio going up and down).

But risk really can mean different things to different people. Risk can be:

When you think of risk beyond just volatility, it allows you to look at your portfolio in a whole different light. It allows you to choose truly uncorrelated assets that align with your goals and objectives and protects you from the worries that keep you up at night.

For example, someone afraid of volatility and inflation with a 10+ year time horizon for needing the money may be a great candidate for an illiquid farmland investment. It’s an asset that doesn’t move like the stock market, so the volatility is less noticeable, it hedges inflation, and most pay off in 5-15 years.

Thinking differently about risk is also why we use momentum investing in our portfolios. No matter how efficient markets are, there is a human element that we have not escaped. With humans, greed begets greed, and fear begets fear. There are ways to quantify the greed and fear in the markets. Quantifying emotions allows you to determine good times to get in and out of the market with high probability. I’ll disclaim here that you’ll never time things perfectly (unless you’re just lucky), but losses are exponential in their impact. The heavier the losses, the harder it is to dig yourself out of the hole. Minimizing those losses even by a little through momentum investing (and getting out early before a crash) can be hugely beneficial to your wallet in the long run.

Will we see modern portfolio theory disappear? Not likely for a long time. It generates financial professionals WAY too much money to rock the boat regardless of the impact on investors. Plus, it’s just sometimes hard to teach an old dog new tricks.

Will Modern Portfolio Theory ever become useful again? As much as I would love to be able to predict the future, I can’t. The markets are ever-evolving. We like momentum and trend-following investing because it’s worked in all different types of markets for hundreds of years (because it’s always humans investing). Modern Portfolio Theory is showing cracks around 50 years in which, to me, is worrisome about the longevity. Either way, I think as technology, globalization, and passive investing continue to abound, the problem will get worse before it gets better.

Want to chat about your portfolio? 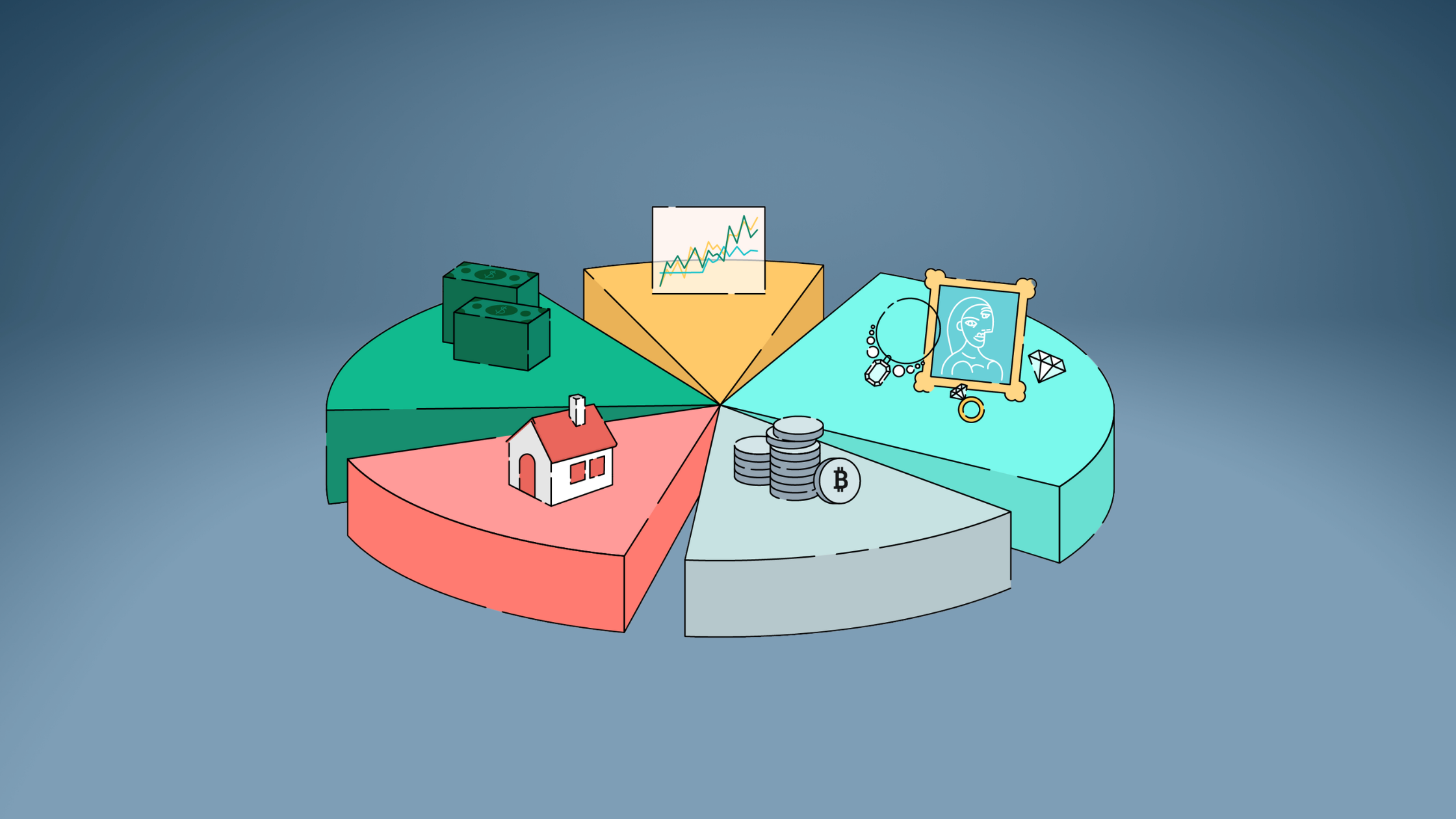 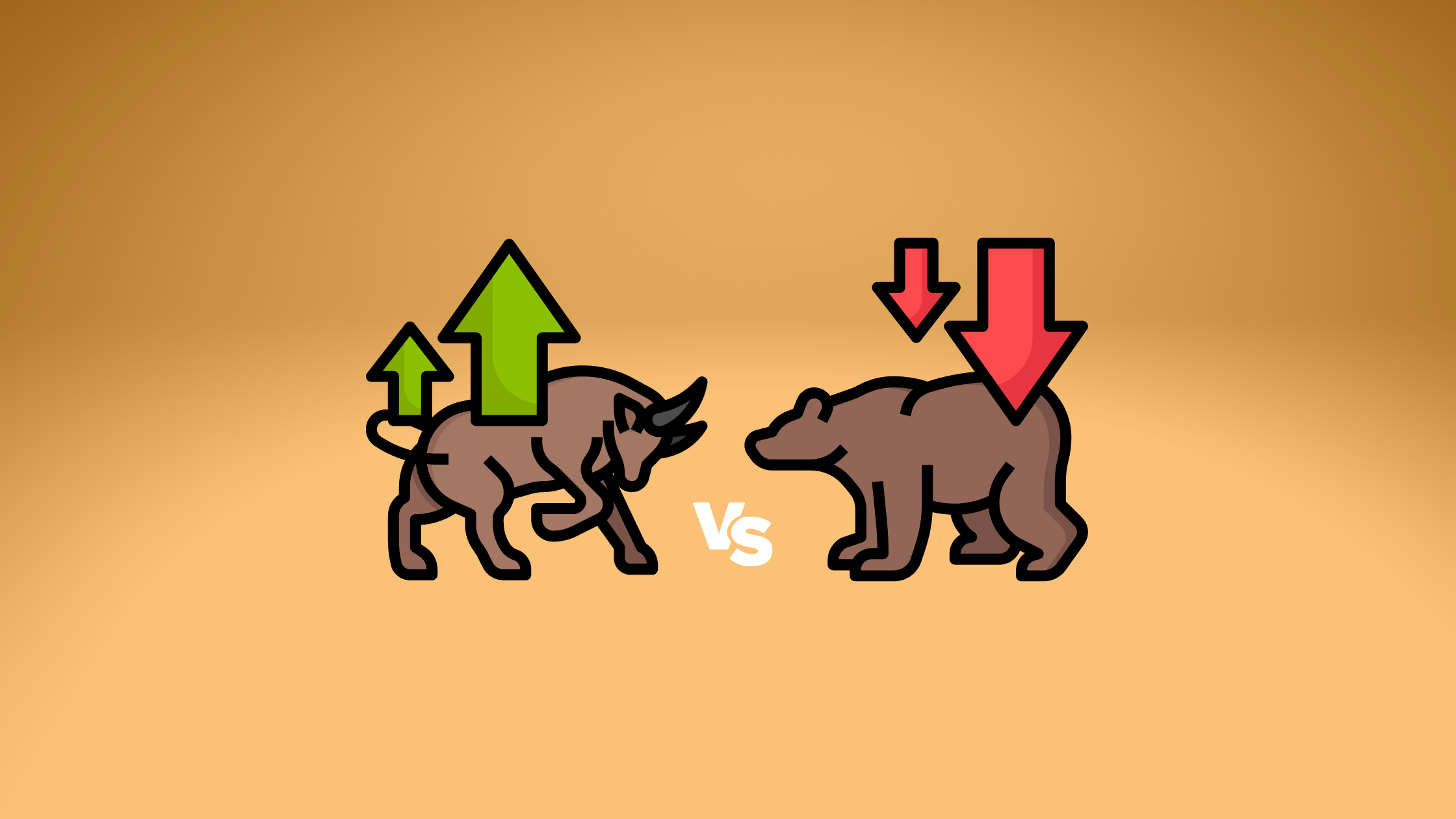 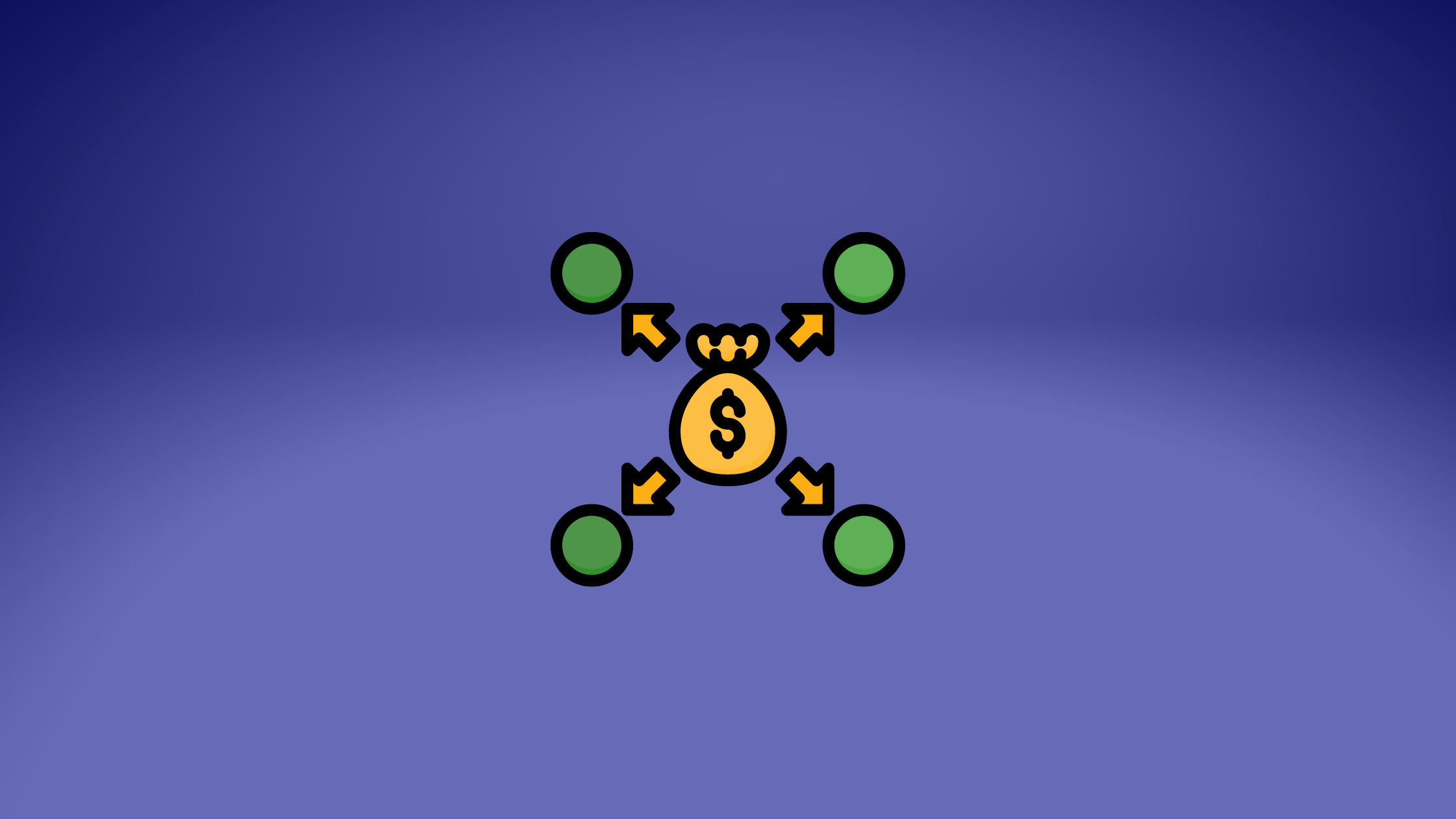